Author of MICKEY COHEN: The Life and Crimes of L.A.’s Notorious Mobster, TERE TEREBA is an award-winning fashion designer and journalist. She has written for Interview and Italian Vogue and her account of Jim Morrison in Paris was selected by The Doors to appear in their book, The Doors: An Illustrated History. 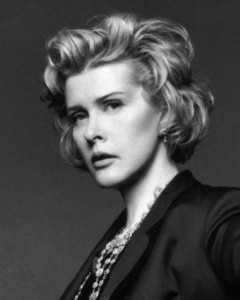 Tere thinks of herself first and foremost as an Angeleno. Spending her teen years going to clubs on the Sunset Strip, her artistic influences were initially formed by the LA culture. Rock legend Jim Morrison’s girlfriend, Pamela Courson, discovered Tere, recruiting her to design for her boutique, Themis. Simultaneously, she was hired by Young Edwardian, then the most important junior fashion label in the country. There, her designs consistently produced millions of dollars of revenue in prominent stores like Neiman-Marcus, Saks Fifth Avenue and Bloomingdale’s. Quickly proving her mettle in the fashion industry, she enjoyed early success as a fashion designer.

During this period, she caught the attention of Andy Warhol. Soon, Tere was written about and writing for Warhol’s magazine, INTERVIEW. Her interest in music segued into film, which resulted in her interviewing many important filmmakers for the magazine, among them Steven Spielberg and Martin Scorsese. Although consumed by a demanding fashion career, she enjoyed writing. Cast in the black comedy, Andy Warhol’s BAD, she never pursued an acting career and appears in just this one film. She emerged from a hiatus to successfully design cutting edge fashion for the 21st Century. No longer involved in the fashion industry, Tere devoted herself solely to writing her landmark book. A bestseller, MICKEY COHEN: The Life and Times of L.A.’s Notorious Mobster, released May 1, 2012, is available in hardcover, trade paperback, English, French, Italian, Chinese, Hungarian and Barnes & Noble editions, as well as digital and audio formats.